Fry sight words list is used to develop children's vocabulary skills; we categorize them into ten groups and assign them to five grades. Students can find their words by grade, then study with interactive cards or offline worksheets. It also helps tutors and parents with many printable PDF worksheets for Fry words practice and assessment.
Screen is too small to show all features.
Fry sight words list, also known as Fry instant words list, is widely used by elementary school teachers and parents. Dr. Edward B. Fry summarized the list of the most common words used in grades 3 to 9. The 1000 words list, which is the base and the start point of further study, is critical for children to succeed in elementary school.

Fry sight words list is supposed to cover reading of grades 3 to 9, but students usually should own these words before grade 6. A common suggestion is This app follows the pattern and assigns words into five grades to drive learning.

Another excellent sight word list, the Dolch list, is smaller and based on reading from kindergarten to grade 2. For students over grade 2, we strongly recommend studying the Fry sight words list. Grade 3, 4, and 5 are the right time to focus on Fry words list.

More Than Word List
Try some Fry words of your grade, and have a quick view for their interactive cards and printable worksheets. It's just a few clicks to launch either online or offline resources. We demonstrate features and worksheets through below pictures, click and enjoy them! 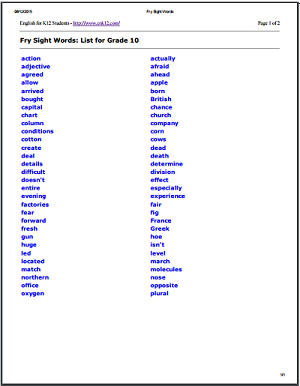 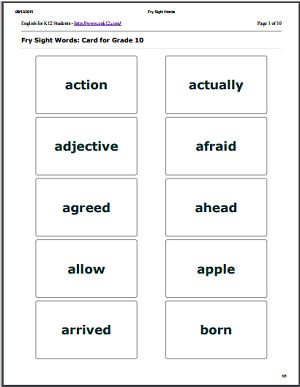 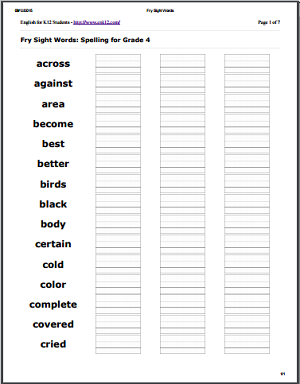 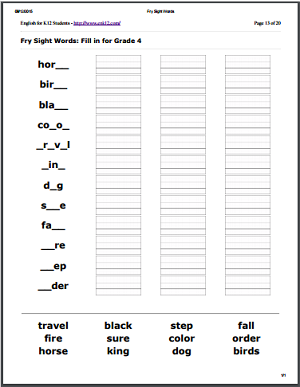 Show me how to make printable worksheets: