Useful words of the Day (2022) is an online resource to enrich English vocabulary, its words are selected from MIT News or other similar media, active on campus and Internet; you can study them with flexible review patterns.
The familiar DNA structure is a double helix that forms when two complementary strands connect. - MIT News 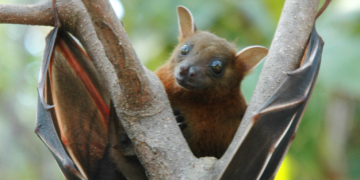 n. a conductor through which electricity enters or leaves an object
covalent

n. relating to or denoting chemical bonds formed by the sharing of electrons between atoms
The other sets up an attachment between the catalyst and the electrode; unlike a covalent bond, this connection can easily be broken. MIT News
stagnant

a. having no current or flow, lifeless, spiritless
lockdown

n. a condition in which people are temporarily prevented from entering or leaving a restricted area
Over the course of the lockdown, the researchers found that ego networks became more stagnant, with contacts becoming more similar each week. MIT News
fell off

v. secure or fasten from the underside, especially by a rope or chain passed underneath
In remote work, email communications between different units fell off, leading to a decrease in weak ties that undergird the exchange of new ideas. MIT News
trauma

n. the action or process of gradually reducing the strength or effectiveness
It asks teachers to manage classrooms of 30 or more students to be social workers and trauma interventionists, in short, it is a recipe for burnout and attrition. Washington Times
granter

n. a person who grants or gives something
enrollment

n. the act of putting yourself or someone else onto the official list of members
New York’s top granter of education degrees and certificates saw enrollment drop from 1,879 in fall 2020 to 1,710 last year. Washington Times
odyssey

n. a long and eventful or adventurous journey or experience
pressing

a. urgently important
He embarked on an odyssey of jobs in the nonprofit sector and graduate work in multiple academic disciplines, touching on pressing social topics. MIT News
get down to

v. to start something
ordinance

n. an authoritative order; a decree
I like to try to get down to pinpoint what are the precise laws, ordinances, policies, and specific social processes, which continue to generate inequality. MIT News
retrofit

v. add an accessory to something that did not have it when manufactured
supercharge

v. to make something more powerful or impressive
By retrofitting existing hydropower plants, the founders believe they can supercharge the hydropower industry that is by far the largest source of renewable electricity. MIT News
mimic

a. able to be maintained at a certain rate or level
They are the co-founders of a company attempting to mimic natural river ecosystems with hydropower systems that are more sustainable than conventional ones. MIT News
amalgamate

v. combine or unite to form one organization or structure
prevalence

n. the communication of disease from one person to another by close contact
They amalgamated public health statistics about Covid-19 prevalence, data from peer-reviewed studies about Covid-19 contagion mechanisms. MIT News
virtually

a. able to be discerned; perceptible
Some U.S. carriers stated that onboard transmission was virtually nonexistent, but as the research shows, there was a discernible risk. MIT News
whizz

v. move quickly through the air with a whistling or whooshing sound
accommodating

a. willing to fit in with someone's wishes or needs
Although silicon lets electrons whizz through its structure easily, it is much less accommodating to electrons’ positively charged counterparts. MIT News
fill in

v. complete a drawing by adding color or shade to the spaces within an outline
hole

n. an electron’s positively charged counterpart
Now, the new work fills in the picture, showing that, with its high mobility for both electrons and holes, MIT News
contender

n. a person or group competing with others to achieve something
photovoltaic

a. relating to the production of electric current at the junction of two substances exposed to light
The term perovskite refers not to specific material, like silicon, other leading contenders in the photovoltaic realm, but to a whole family of compounds. MIT News
harness

v. control and make use of (natural resources), especially to produce energy
Basic Words of Day Middle Words of Day
Road to My Dream Universities
Massachusetts Institute of Technology
Mind and Hand

University of Montana
Light and Truth